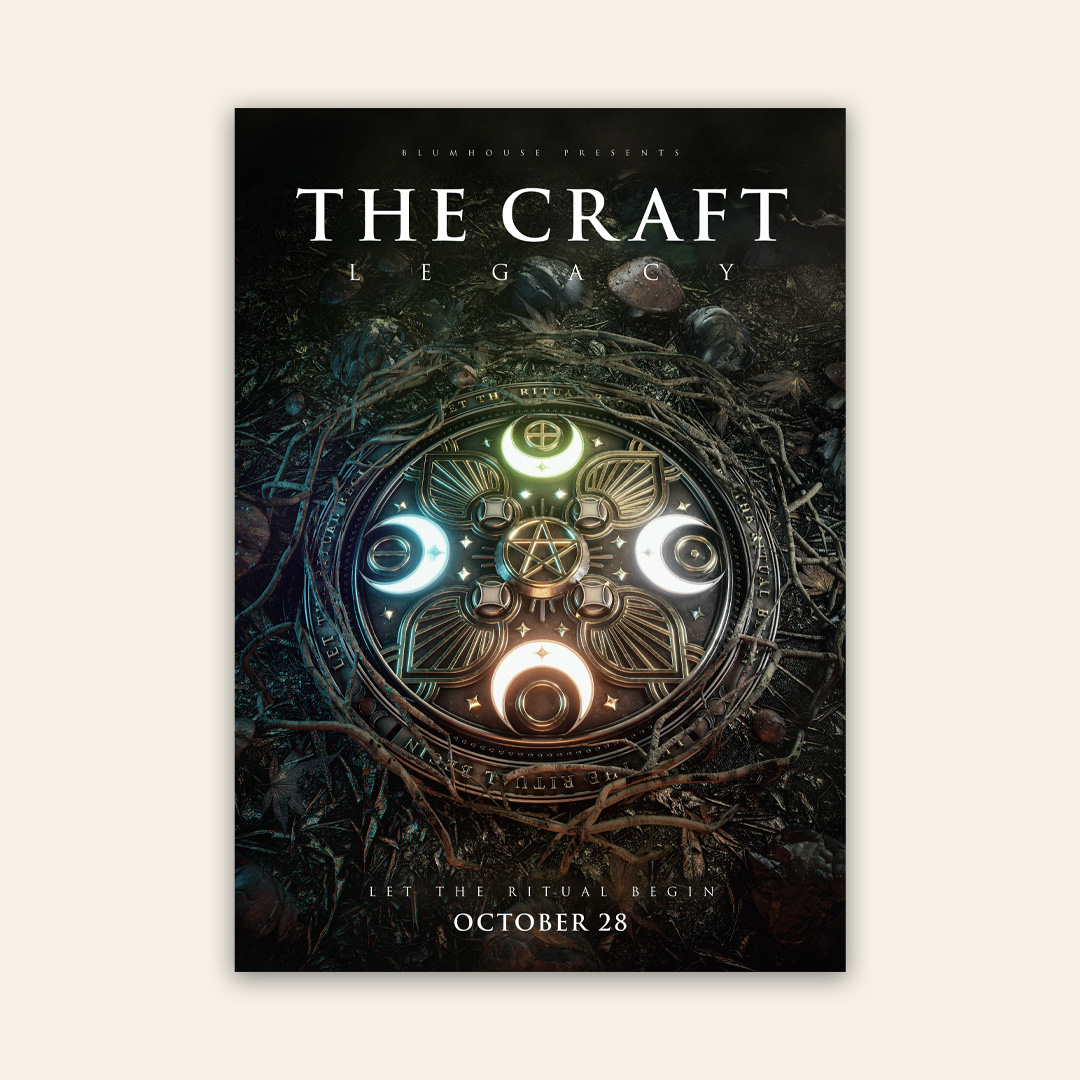 It’s the Spooky Season: my magical collaboration with Dokodemo!

Ah, October: the Spooky Season! Since Autumn is my favorite season and I love everything Halloween-related it’s now my favorite time of the year. I don’t usually draw a lot of spooky related stuff (well, I do, but don’t really share it!) but thought I might make an exception for this spooky collaboration.

As a teen I was obsessed with the movie ‘The Craft’. The film tells the story of a group of witches, who – with the edition of a fourth – gain real powers. The movie has a sequel coming up ('The Craft: Legacy', it’s out on October 28th!) and to celebrate Talenthouse released a magical creative brief.

As a major ‘The Craft’-fan I just had to join! I teamed up with Dokodemo and we decided to make something together: my knowledge of witchcraft (totally blame the 1996 film for that) and love for symmetrical mandala-style sigils, and his amazing 3D work.

We decided to create a mysterious, enchanted sigil. I build the sigil in Adobe Illustrator, adding elements that are important to the characters in the film. I added the four elements of the foursome related to the four compass points: Earth in the North, Air in the East, Fore in the South and Water in the West. Other details include a pentagram (couldn’t leave that out, right?), and the magical symbol of the Goddess.

I had a blast creating this illustration, and was super excited when I handed it over to Dokodemo so he could release his magic (pun intended!) into the artwork. And I love, love, love what he came up with! It really looks like a magical emblem found in a dark forest, it’s amazing how he lighted up the symbols of the four elements. We decided to work some magical natural elements in the poster as well, resulting in the stone and mushroom circle around the sigil, which are called ‘Witches circles’ in real life.

Although something totally different from my usual work, I hope you like what we came up with and this little sneak-peek into the process. Now we just have to wait one more week for the movie – I personally can’t wait!